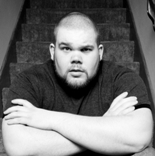 The single greatest challenge I see in the leaders I have known is the challenge of weariness that isolates them from their team. Leaders who are weary become inconsistent in the enforcement of policy and disengaged emotionally from their team.
I am often asked to help organizations develop new systems or to engage in remedial coaching for a poor performing employee. I have learned in these engagements to insert a condition. If I don’t work with the CEO or owner as well as the challenge employee or group I don’t take the engagement. Why? Because poor performance is rarely a single issue event.

The place leaders wear down the most is the place they can least afford i.e., staying engaged and staying consistent.

Like it or not employees or staff take their queue from the posture of the manager or executive to whom they report. It doesn’t take long for inconsistency on the part of the manager or executive to cascade through the system of their direct reports as lethargy, poor follow through, or even deliberate sabotage of the company’s objectives. It is fairly easy to empower a group or individual to engage their work when two things occur.

First, support the work of others with consistent application of existing policy whether it is informal (implicit as in past behavior) or formal (explicit as in an employee handbook and job descriptions). Set clear expectations and provide a consistent environment and people will generally exceed expectations. I watched an entire sales team languish in one company when one of the members of the team (the poorest performing member) was retained in a downsize over a long-term employee who was a better producer. Why? Because the employee was friends with the owner – they were a “project” of the owner. As a result, the entire team saw that reward for their effort was not a matter of their own work or mastery of their tasks but the result of the degree to which they curried the favor of the owner. There is no wonder then that better producers resented this setup and became unresponsive to doing any work outside of meeting the minimum number of tasks.
Second, recognize the negative impact of poor systems. Poor systems are not unusual in privately held companies where the owner still struggles with the concept of corporate sovereignty i.e., a system of control and policy that describes what can and cannot be done so that the organization becomes the sovereign rather than the owner. In many privately held companies, the owner is the first to violate the rules of operation that he demanded others live by. This situation is compounded by the fact owners often refuse to design a system so that control of the company can transition from his or her own activity to a clear operating process and people committed to executing on that process. Designing such a system takes work – it is the work of decentralizing power not just delegating tasks. That is what makes it risky and why it doesn’t happen on a whim. One mentor of mine was fond of pointing out that the first job of any leader was to develop other leaders. Owners who have this mentality focus their efforts on building a great company around a great system of policies and controls that allowed employees to fully engage their work. These owners develop others to step up to responsibility and commitment. On the other hand, if hard conversations are ignored or avoided leaders won’t be developed. A great company expects policies to be enforced. When a leader demonstrates that they can be intimidated or that they won’t consistently enforce policy then performance runs amok.

Both of these problems i.e., inconsistency and poor systems, contribute to leadership weariness.
First, leaders try to do the work of their entire team – their scope is too far reaching usually out of mistrust of others. This is a sure sign that the systems and controls that are needed to create a great company are missing. Instead of disciplined execution, these leaders run from fire to fire. People never know where this leader will land and resent the intrusion when they do because they are a flurry of activity and anxiety that contributes very little to the completion of the task. How many hats do you wear in your business or organization? Why? If your answer is that others just don’t have the commitment or the skill it is time to reassess your assumptions about your organizational structure and your hiring practice.  Up the game or the game will eat you. Create systems and processes that ensure the right controls and the right permissions so that others can excel along with you.
Second, leaders often don’t know how to rest. They violate their own physical and mental energy by overexerting themselves for fear that others won’t perform. The fear part of this equation is answered in designing clear processes and accountability. The exhaustion part of this equation comes from a lack of time away. This kind of leader hovers over the time clock, stays late, arrives early and present him or herself as the paragon of productivity. In fact, they often duplicate their efforts, give contradictory commands, and overturn other people’s work then hasten to get them to do it again without significant changes. Day’s off and vacations are not optional. A tired leader often thinks he or she is demonstrating deep commitment – however, their short fuse, inability to critically assess problems and emotional detachment undermine the commitment of those working for them.
If things are broken reassess your systems and the degree to which you are developing leaders.
If you are weary, get away before you destroy your own success by harboring resentment toward those you blame for your weariness (usually the people closest to you who have no idea of what you are feeling – they just sense your displeasure).