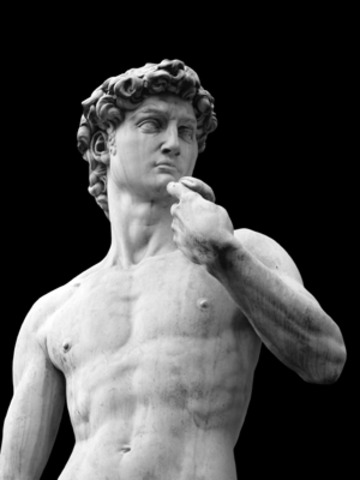 I have spent the year digging into the life of the biblical character David. I was drawn to David because much can be learned about how to survive the pressures of leadership when there is a way to get inside the head of a successful leader. That David was successful is apparent, he unified a loose confederation of tribes into a central government; he established the infrastructure needed to sustain a nation including the enormous task of shifting the “corporate culture” of the nation from one of tribal self-service and intrigue to one that engaged a sense of unified purpose and support. He survived several attempts to topple his reign and he engendered the kind of loyalty in others that gave them permission to speak the truth and express a willingness to put their lives on the line for him.  Success alone isn’t that impressive, a lot of jerks are successful. What makes David’s success so amazing is that he consistently came back to the kind of character and ethical decision-making process that raised the character of the nation. He openly admitted his faults and openly changed for the better.
It is possible to get inside David’s head because he wrote a lot.  David put his emotions, insights, fears, questions, distress, gratitude, and celebration. This is remarkable for two reasons. First, in my observation leaders who fail to express the full range of emotion ultimately derail into only anger and resentment. These leaders cannot see the impact of their behavior and emotion on others. They become toxic and abusive. Second, the leaders who exhibit emotional awareness and remain emotionally engaged are leaders who can then express a range of emotions appropriate to what they experience.
David wrote 71 Psalms that I analyzed for their major themes. The distribution of these major themes across the Psalms of David is illustrated in the chart below and defined in Table 1.
Chart 1: Themes in the Psalms of David 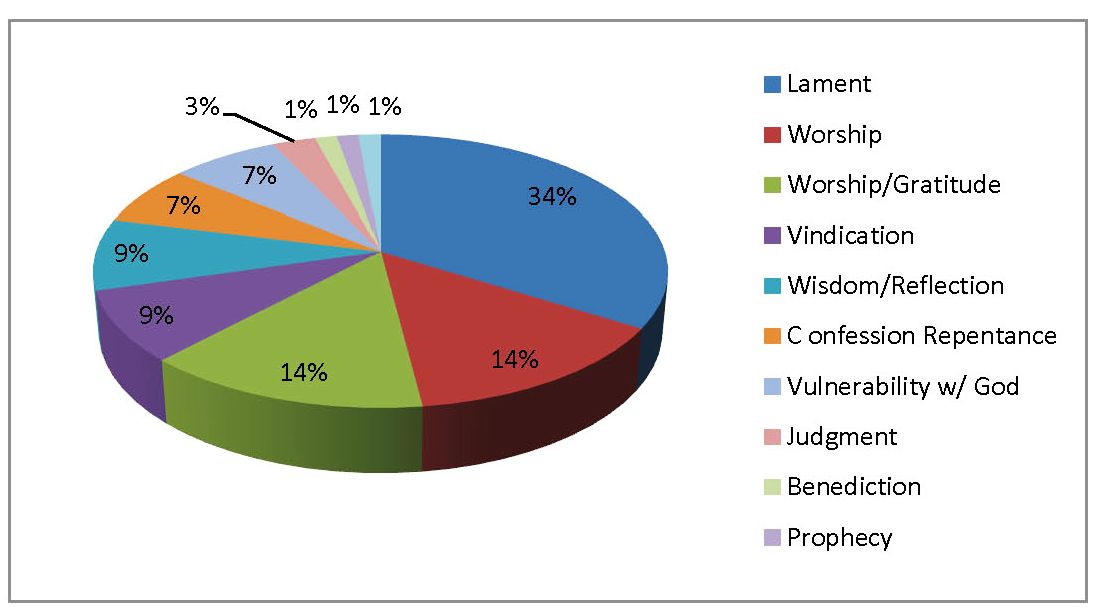 Three things jump out at me when I review the chart. First, notice the preponderance of lament in David’s writing. Over one-third of David’s Psalms were laments in the face of disaster, disappointment, danger, and loss. I like this because those who study leadership seem to rarely write about how leaders face disappointment, betrayal, loss, danger, and disaster. All of these experiences are part of leading which is why many sane people avoid jumping into a leadership role.   David faced these things with an emotionally healthy expression of anger, grief, and howling. It’s a good lesson for leaders when they face the turbulence of leadership – get alone and have a good howl.
Second, David lived with a profound sense of purpose. It is meaningful because leaders who produce lasting results possess a transcendent awareness of purpose. They inspire others with it. It drives them to continue when every other aspect of their being may just want to throw in the towel. David worshiped and he worshiped with a sense of gratitude. He lived the practical, dirty, gutsy reality of leadership with a perspective that included a sense of the transcendent. This impacted his decision-making, his respect for the experience of others, and his decisiveness and compassion. Leaders devoid of purpose, leaders who have no real sense of the transcendent can fall prey to data pedantic that dehumanizes work and aims at efficiency in profit unaware of the stultifying impact on those who make profit happen.
Table 1: Definition of Terms

Third, the frequency with which David reflected on his experience and drew new insights into the present as he prepared for the future is impressive. The wisdom Psalms of David point to an element of healthy leadership i.e., healthy leaders learn from their experience and learning is defined by a change in behavior.  I am surprised at the number of leaders who relive the same experience over and over from one company to the next, from one year to the next without every asking what has happened and why it continues.  Some leaders operate like a tether ball running faster and faster with less and less a scope of influence until at last they hit the wall only to recoil and start all over again.
Thanksgiving is a good time to do some reflection as a leader. How emotionally healthy are you? Do you have an appropriate outlet for your emotions? Are you aware of your emotional health or distress? Learn from David and be a leader whose emotional awareness gets leveraged into new insights and deeper connections with your partners, employees, and clients.

5 Replies to “How do you Stay Engaged as a Leader?”