(An excerpt from the book, Change the Paradigm: How to lead like Jesus in Today’s World. Copyright 2015 by Raymond L. Wheeler. Used with Permission)
We sat around tables set up in a conference arrangement, and Professor Elizabeth Conde-Frazier sat just to my right. She paused long enough for me to rest from typing my notes. I realized after some moments that she was not going to restart her lecture immediately. I stretched my hands, repositioned them over the keyboard of my computer, and then glanced around the room. Every eye was aimed my direction. I turned to look at Dr. Conde-Frazier and caught a penetrating gaze. When our eyes met she inquired, “Why are you here?”
The question itself did not strike me as odd for two reasons. First, as a master teacher, she modeled a powerful and effective teaching style. She was a master at transitioning from content to dynamic reflection that refocused and honed our personal experience.
Second, as a middle-aged white guy in a culturally and gender diverse institution I often betrayed my own biases and upper middle class, suburban, and theologically conservative assumptions in my comments. This usually engendered a torrent of commentary from my academic peers on the evils of social privilege. A litany of historical references to abuse by those who held power and privilege often morphed into personal stories of marginalization or worse. I learned to listen to these stories as a process of education and reconciliation. I was, after all, a token representation of everything that social privilege represented in its best and its worst.
Power is not easy to possess when it is realized. The call to service Jesus gives makes power highly inconvenient. I would rather argue that it was not I who engaged in the kinds of social abuse described by my peers. However, as a leader I represent power and privilege—all leaders do. I did not grow up in poverty. I lived on the good side of town, and my parents remained married to one another throughout their lives. My upbringing was different from many of those in the classroom. I did not have to dodge gangs or violence each day growing up. I did not go hungry. I attended good schools and my parents could afford medical care. I was exposed to a great deal of cultural diversity as the son of a college professor. But the diversity I saw was sanitized—I saw it without its context. So, diversity was simply a curiosity—a distraction from the usual. I did not understand the experiences represented in the diversity I saw. Compared to so many others the word “privileged” does apply to me.
“I am not sure of the context of your question,” I responded.
“Why are you here,” she repeated with the same penetrating gaze. “Are you here to add to your social power and status through the acquisition of a doctorate or are you here to learn to serve?”
The question framed a tension that is common in a learning process and is common in engaging Christ. Is the acquisition or possession of social power de facto a contradiction of service? The inference beneath the frequently prickly comments of some of my academic peers in the program affirmed that many thought privilege and service were mutually exclusive. Many of them had suffered at the hand of social and ethnic prejudice. They arrived in this class by indefatigable persistence against all odds. Admittedly I did not understand the hurdles they had to cross to be there.
Clearly, a danger exists in the pursuit of power or added social currency. Blind pursuit of power leaves a wake of wrecked hopes and lives callously dismissed as mere collateral damage in the pursuit of ambition. But even if a person is not pursuing blind ambition the dilemma of injuring others while on the quest for justice does not go unnoticed by those hurt by the exercise of good intentions. A group of graduate students in Kenya helped me understand the damage of activism with good intentions. As we discussed ethics in leadership and the idea of reconciliation and justice, they pointed out that they did not object to justice. They objected to the way others defined justice for them. “We have a proverb here,” one of them stated. “When elephants make love, the grass gets crushed, and when elephants fight, the grass gets crushed.” From the perspective of the grass, the issue is not whether elephants fight or make love—the issue is that the elephants are unaware of the grass in the first place.
Leadership is complex. Effective leaders, those who know how to move people to work together toward specific objectives with passion and excellence, know that leadership requires more than style, skill, tools, experience, or power. Servant leadership works because of its underlying set of convictions about people, power, organizations, and success. For many it does not matter if the intentions of a leader are good or bad they still get crushed in the leader’s pursuit of success.
This reality is why defining servant leadership in the context of a leader’s life, work, organizational structure, spiritual development, and commitment to develop others is so important. 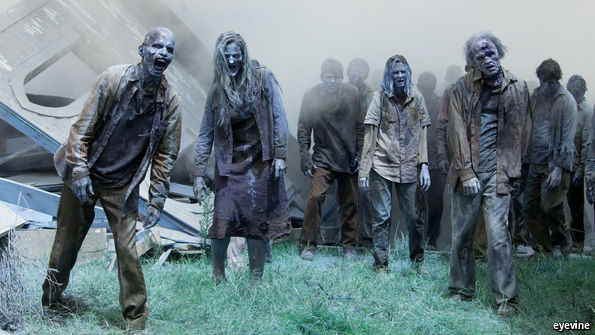 Hiring, none of my clients enjoy hiring. In fact, they strongly dislike the entire disruptive process of finding a new person. The process is fraught with risk, expense, and distraction (hidden costs). Hiring, however, is not like removing a band-aid, do not just rush through it thinking that reduces pain. Hurrying through the hiring process exponentially increases pain. Hiring is more like creating a fine wine. You need the right process, the right ingredients, and time to age.  Which is to say, good hiring is as much about perspective as it is a good process.
Here are some stats on hiring that SHRM recently published. örgen Sundberg, CEO of Link Humans, estimates that bad hires cost as much as $240,000.  Several variables that go into calculating the cost to replace a bad hire in our experience. These include:

A 2015 talent acquisition study from Brandon Hall Group and Mill Valley, Calif.-based Glassdoor concluded that the lack of a standardized interview process makes a company five times more likely to make a mistake in hiring compared to those companies with a standard process. Look at your process. Do you have one? What makes it work or why has it failed? What needs to change?
Ten percent of the respondents to one survey noted that new hires did not work out because they did not fit the culture of the organization. Oddly, determining cultural fit is typically one of the last steps many companies take in hiring. Since skills are easily assessed through any variety of validated skill assessment tools, it makes sense to spend more time on cultural fit. In my work with clients, appropriate skills sets are determined through communication skill, behavioral interviews, and skill testing. Communication skills are used as a preliminary test of employee capability. We provide instructions on how to follow-up by requesting response in writing. If a potential employee cannot put together professional email response they are dropped. A quick phone interview determines whether they have the presence that is needed.
Part of cultural fit is understanding the work behavior and stress behavior of the potential employee. I use the Birkman Method Signature report to look for who may make the best team fit. The Signature report from Birkman isn’t a cure-all, but it will accelerate how long it takes to understand how the potential hire will approach their work and your existing team.
Brandon Hall Group research reports that strong onboarding processes improve new-hire retention by 82 percent and productivity by over 70 percent. In contrast, companies with weak onboarding programs are more likely to lose new hires in the first year! One researcher suggested that the onboarding process should be a year-long mentoring process that routinely checks in on new hire adjustment and development.
Hiring is inconvenient, bad hiring is extremely inconvenient. Review your hiring process. The best time to make improvements in the way you hire new people is before you need to engage the process. Don’t wait until you are under the gun to find someone and whatever you do – don’t just look for a stop-gap. You will loathe the day you hurried through the process of hiring. On the other hand, if your organization is growing, hiring is a consistent need. In addition to the good process, a good mental shift is also helpful. Don’t look at hiring as a pain, look at it as part of your work to meet your customer needs with excellence.
If you are the owner or the hiring manager of your company build the kind of networks that allow you to be exposed to the best employees. Recruit even when you don’t have a position open at this very minute. Why wait? Think about what your organization needs next year and the year after, not just what is needed today. Remember that open positions actually offer an opportunity to rethink how work gets done. Look at your existing team first. Who is moving up? Who else needs to move out? If you have to do the work of hiring then look at your entire team and ensure that you have the best team for where your organization is going. Don’t fear change – embrace it.
I am always happy to sit down with you and talk through how your company finds and places new people. Give me a call.